Contributing to the world of tomorrow, that’s what we do at HES. We are an important switch in the continuous delivery of essential building blocks for our everyday life needed to develop, sustain and improve the world around us. Our professional staff of 1270 ensure that a wide variety of bulk products are safely stored and handled 24/7 for our customers from all corners of the globe. These bulk products form the basis of many products that we use regularly in all aspects of daily life. The energy from your wall socket, the car you drive or the sandwich in your lunch box: at one point, they were all bulk products. And it is highly probable that these bulk products have passed through one of our terminals.

We pursue sustainable growth through expansion of our existing sites, greenfield development and acquisitions of operational terminals, and invest heavily in growth in storage and handling for Agri & Minerals and the expansion of our liquid bulk portfolio including processing activities. We have a strong focus on adjacent business opportunities with specific focus on energy transition opportunities such as hydrogen, chemical recycling and refrigerated gasses. We want to bring about long-term growth and create value for all our stakeholders including employees, customers, shareholders and the communities and countries in which we operate. This is underpinned by our focus on safety and our core values of integrity, respect, accountability, openness and entrepreneurialism.

Our values reflect our purpose and define what it means to work at or with HES. They are at the heart of our culture and the way we work and do business.

You can read more about our company values.

History in a nutshell

For over a century, we’ve been evolving and developing in line with the continuously changing needs of our customers and the challenges of the times. It all started for HES in 1887 with Royal Frans Swarttouw. As from 1908, the name HES (Haven en Scheepvaart) was introduced and we are very proud of the HES Group we are today. Even in this dynamic day and age, fuelled by ongoing changes, HES continues to have its finger on the pulse of the world around us. Integrity, respect, openness, accountability and our ever-growing entrepreneurialism make HES your partner of choice - now and in the future. HES. Bulk for life. 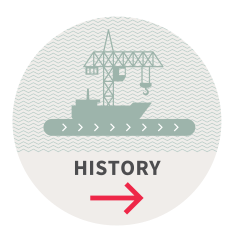 HES International has a two-tier board level, which means that management and supervision are separated.

The Management Board and the Supervisory Board attach considerable importance to proper corporate governance. They endorse the view that good entrepreneurship, including transparent and ethical conduct by the Management Board and effective supervision thereof by the Supervisory Board, are essential conditions for instilling confidence among the stakeholders. At HES International, the assurances for good corporate governance are found primarily in a culture distinguished by integrity, professionalism and common decency.

The Management Board of HES International consist of Daan Vos, Harry van Rietschoten and Mark van Lieshout. Throughout their careers, they have gained a wealth of relevant experience in all aspects of both the storage of dry bulk and liquid bulk and the handling operations. Together, they are responsible for the development and implementation of the corporate strategy and for running HES’s business in close consultation with all stakeholders. 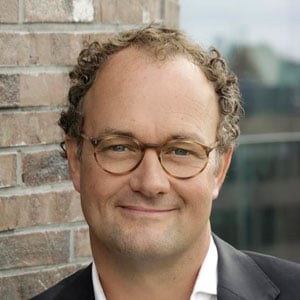 Over a period of more than 20 years, Mr Vos has accumulated a wealth of experience in the international liquid bulk storage industry, among other things through senior managerial positions out of the Netherlands, Singapore and Hamburg. Previously, he worked as Group Managing Director for the Oiltanking Group, one of the world’s largest independent operators of tank terminals for oils, chemicals and gases.

As CEO, Mr Vos is Chairman of the Management Board. At HES, he specifically focuses on Legal and Strategy & Business Development, HR and Communications. 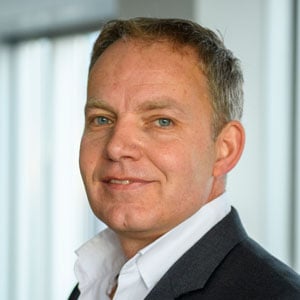 Mr. Van Rietschoten has gained substantial experience in several roles in the international oil and gas industry and, since the acquisition of HES Beheer in 2014, in the dry bulk sector. Mr Van Rietschoten bears overall responsibility for group operations, development, construction of new assets and terminals, HSSE, process excellence, compliance and procurement. 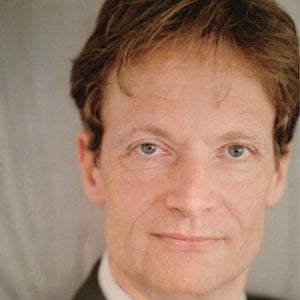 Mr. Van Lieshout has more than 15 years of experience as CFO and prior to that he has held several roles as Finance Director. He started his career with ABB, a global technology company, where he worked for 14 years. In 2003 he joined Vattenfall (Nuon) and after the unbundling in 2009 he was appointed CFO of Alliander, the largest regional energy grid operator in the Netherlands. Within the board Mr. Van Lieshout is responsible for Accounting & Tax, Group Control and Corporate Finance and Investments. Besides a degree in business economics, Mr. van Lieshout has enjoyed educations with INSEAD and IMD.

Dilia A.Th. van der Heem-Wagemakers (1947) | Appointed in 2014
Previously held senior positions at the FNV (Dutch trade union), was a member of the Dutch House of Representatives and a member of the Rotterdam Municipal Council and was a public prosecutor.

Peter Meijer (1953) | Appointed in 2019
Consultant to Works Councils on mergers, takeovers and reorganisations in The Netherlands, and on a wide range of other topics. Member of the Supervisory Board of GVB Amsterdam.

Steven Lak (1954) | Appointed in 2019
Mr Lak has long, extensive experience in the port sector. Previously, he held Executive Board positions at the Port of Rotterdam Authority and EMO. Mr Lak holds a number of other board positions.